Where to Buy the Plaid Nike PG 4

Location:
,
Kyrie 6 PreHeat The grunge staple plaid overshirt has migrated its way form the 1990s into modern-day fashion, with the likes of Ben Simmons and Paul George amongst the leagues’ biggest advocates for the classic check. In fact, they love the look so much, that the two of them had even included it on their very own sneaker designs. Ben’s plaid-covered Nike Blazer from last year didn’t end up releasing — perhaps due to factory faults — but Paul George’s upcoming PG 4 looks to have the green light. Like Ben’s pair, PG has stuck to black, white and red, but has also added in vibrant Laser Blue Swoosh overlays in order to match the colors of his Los Angeles Clippers. Uppers arrive in grey PG 4 Plaid, with medial panels, zippers, and liners all arriving in a slightly lighter shade, Midsoles and forefoot overlays also don the light grey garb, while outsole and midsole detail revert back to the dark side. Heel pulls and hidden lacestays appear in a Habanero Red, with the pair capped off by the aforementioned blue Swoosh.
Style Code: CD5079-002
Color: Football Grey/Laser Blue-Light Smoke Grey
Release Date: February 7th, 2020 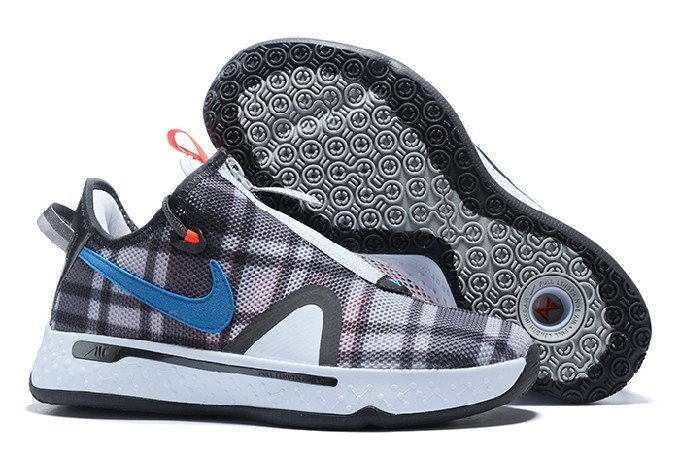