Contento Restaurant Offers All Diners A Seat At The Table

Location:
,
Contento Restaurant Offers All Diners A Seat At The Table 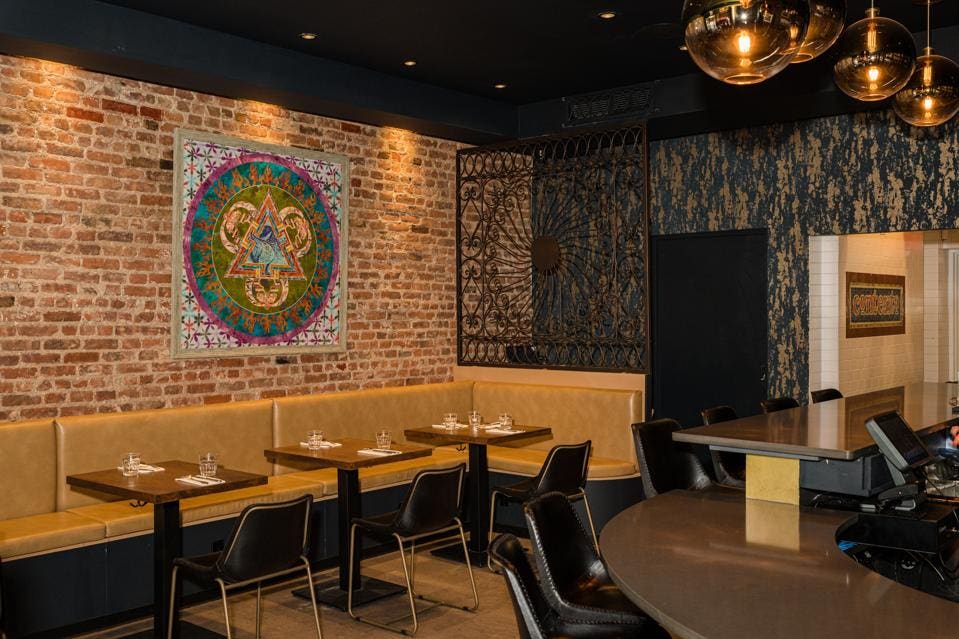 The first thing you notice upon entering Contento is that a large portion of the bar is lower than normal. You may then realize that there is about twice the usual amount of space behind the bar. These and other adaptations make Contento a welcoming space for wheelchair users, whether they are guests coming in for dinner or employees of the new restaurant in New York City’s East Harlem neighborhood. The space has less tables than it would normally hold, in order to allow wheelchair access; tables are slightly higher than usual, to make them more comfortable for people in wheelchairs; and there are no ramps or stairs at the entrance or restroom. pg

Contento is the brainchild of sommelier Yannick Benjamin, who has been confined to a wheelchair since a car accident in 2003 left him paralyzed from the waist down. His passion for wine led him to adapt in order to continue doing what he loved, including outfitting his wheelchair with a special table so that he could continue to serve and teach about wine. Among Benjamin’s other notable accomplishments is the founding of “Wine on Wheels,” one of New York City’s largest and most exciting wine events. “Wine on Wheels” brings hundreds of sommeliers together to pour a multitude of wines from around the world to raise money benefiting individuals with limited mobility. The event is in its eighth year.

Benjamin’s partners at Contento are George Gallego, an attorney who is also paraplegic; Lorenz Skeeter, a longtime friend of Gallego; chef Oscar Lorenzzi, who previously helmed the stove at New York City restaurants Nice Matin, the Waverly Inn, and Marseille; and front of house manager Mara Rudzinski. Mr. Benjamin’s wife, Heidi Turzyn Benjamin, a sommelier who most recently worked as beverage director at Gotham Bar and Grill, developed cocktails for Contento. She can often be found behind the bar with a shaker in hand.

Location:
,
Good article, but it would be better if in future you can share more about this subject. Keep posting tree removal stony plain