Location:
Canada, Canada
Well, well, well! What's this we hear of Reema finally leaving for piya kay dais? It seems the ruddy lass has realised that the time to tie the knot is here.

A statement issued by the numero uno actress says that she would soon be spilling the beans on her plans to settle down.

It seem her ghar wallas have found the right boy for her and after the release of her directorial debut Koi Tuj Sa Kahan our Reems would be getting married.

Now it remains to be seen if she hurries up the project so that she could settle down into holy matrimony as early as possible. Anyway let us extend our heartiest congrats to Reema. 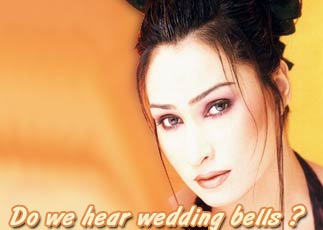