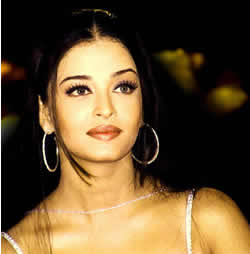 Ashwariya to visit Pakistan next month

LAHORE: Former Miss World and Bollywood queen Ashwariya Rai will visit Pakistan next month as a goodwill ambassador to raise support for a newly launched ‘Pink Ribbon Campaign’, a project of the Women’s Empowerment Group and Vision 2015 International, a non-government organisation.

The pink ribbon symbolises the support for awareness of breast cancer, wherein people are urged to wear pink ribbons in October to show respect for women suffering from breast cancer. The pink ribbon is an emblem of hope for breast cancer patients. The NGO, in collaboration with the federal government, has launched an awareness campaign. In the first phase of the campaign, many world celebrities will visit Pakistan.

“Ms Rai is one of them,” said Omer Aftab, the NGO national coordinator, while talking to Daily Times on Monday.

Mr Aftab said there would be no showbiz related performance by the Indian superstar in Pakistan. “She will be here for one day only to promote the campaign,” he said.

He said Ms Rai had also shown interest in other women related issues. He said Ms Rai was also a great supporter of people to people contact between India and Pakistan. He said that Cherie Blair, wife of British Prime Minister Tony Blair, would also visit Pakistan in November to promote the campaign. He said she had been scheduled to visit the country on October 8, but she had to change the schedule.

Mr Aftab demanded that the government include breast cancer awareness in its reproductive health awareness project. He said they had six specialists who would deliver lectures in various cities of the country. He said they would educate women about the preventive measures and self-diagnosis of the disease. waqar gillani