"Cesky krumlov" is a lovely world heritage city. As beautiful as a fairy tale

Today we will take everyone to get to know the lovely city. That is both romantic The colorful houses are very bright. Until as though we were slipping into traveling and playing in fairy tales Which is the city "Cesky krumlov" (Cesky Krumlov), which is located in the Czech Republic In this cute trip, we will follow in the footsteps of Mr. Fishincan of the Blue Planet room from Pantip, who will lead the way in this trip.
My girlfriend who is six months pregnant. One day, she complained that "If born, then probably would not go anywhere for a long time" Then go a bit Go to a cute, quiet town. Find a small house together. I told my girlfriend it wasn't long before Krumlov came to dream.
Calculate the possibilities and think that it's possible. This trip, we prepared not more than ten days before flying for a seven-day visa. And buy plane tickets just three days before This is the first European trip in life. And for the first time in life, too, to take just two big pregnant people
Welcome to Krumlov, the romantic city. 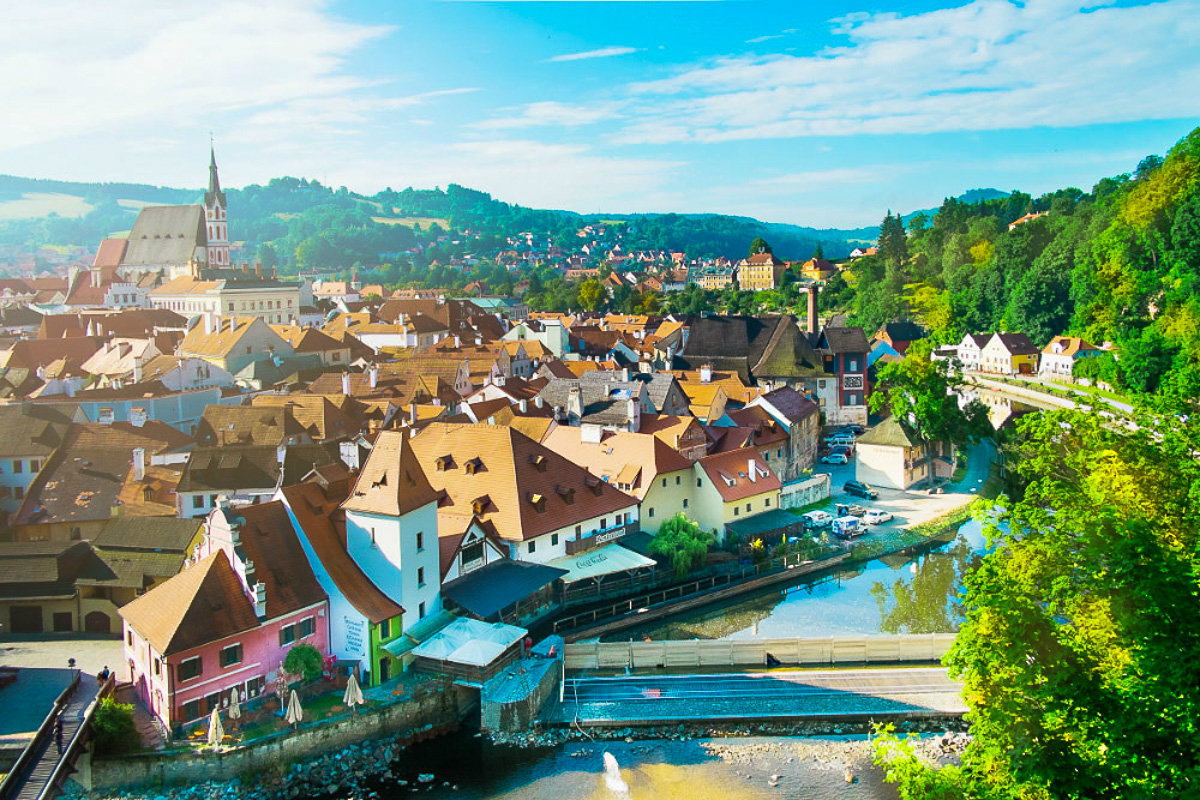 From PRAHA, we took the car not long until noon. Went down the wrong sign to get to the back of the castle. So confused, only saw the wall behind the castle. And let the fans stand by and wait After finding the entrance, ran back to tell the fans to drag their bags into the city. The first moment he saw it was like "Walking into a fairytale town." 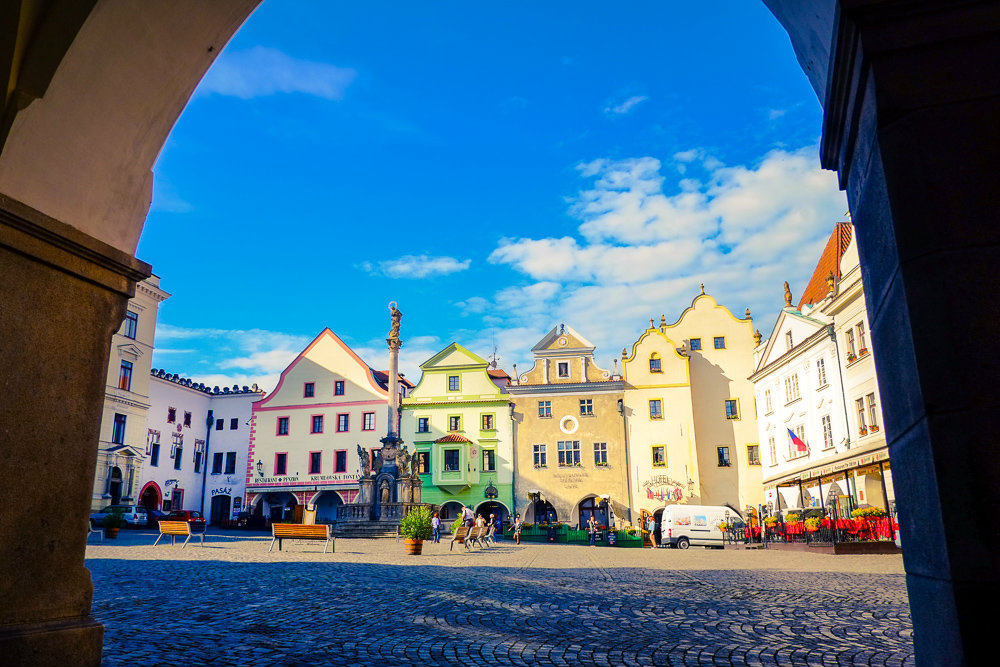 The sound of luggage wheels dragged loudly throughout the area. The more the stone floor, the bigger it became. We rented a room from Agoda. Looking at the pictures on the web, it's quite interesting. Because of that room Use all the old furniture We followed the map until we found the guest house that we rented. At that entrance With a sign that says in English, "Arrived, call me at xxxxxxx" I only exclaimed in my mind that "Hey, what phone do you want to call?" But that's still not as shocking as "Hey ..... This house doesn't have anyone?" 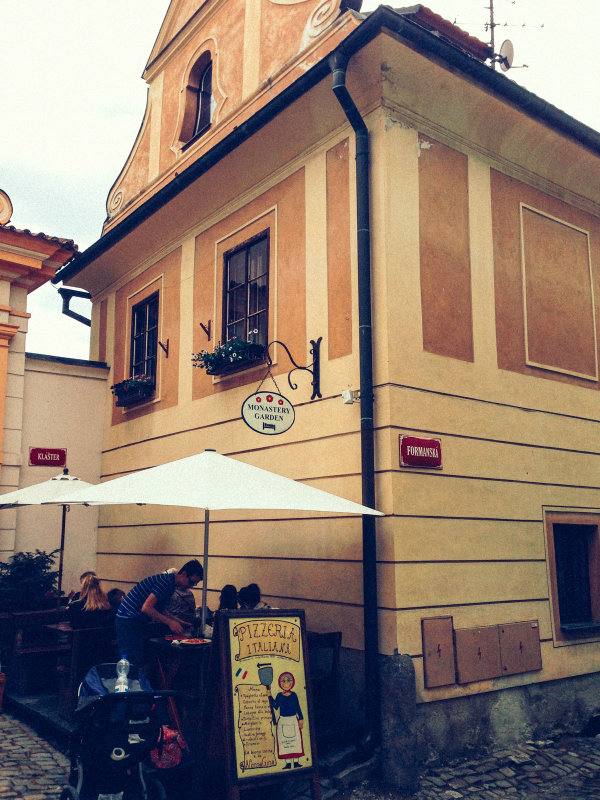 I asked the restaurant next to him to call the owner of the guest house that we have arrived. At the same time, I comforted my wife, "I suspect everyone is going out during the day" because both of us know that We get better than each other. Waiting for almost an hour The house owner came to open it. We carry luggage into the house. The owner of the house is aunt, a kind woman who speaks English stammering. Asked me if I was staying for three days, right? I said yes. Aunt said, "Two people are living alone. Three days, no one else. "At the moment of the stunned moment Aunt also said, "Fully, do it comfortably. No one will have just someone to take breakfast for." Feeling hairy straight up.

When Aunt Pai Bye walked away Leave only the silence The first thing I have to do for the safety of our family is to walk around these three-story houses. That someone is hiding or not The encouragement wife was downstairs at my personal exit. In the hand of a hand holding the music "Small boats should leave the shore" tightly
Up to the second floor This floor has two bedrooms. With one bathroom And every kitchen opens the door a little a bit, not completely closed, providing a space of challenge, a space that makes us curious And disturbed If not opened, see Before opening the door to each room, the heart was pounding. If it were a movie, it would be like the audiences would know that it must be opened. Do not open, but the hero still opens as if not hearing the audience, shouting forbidden.

Open to each room, it looks all good. Used antiques Seeing with the eyes, not having to explore a lot of things, it is enough to know that it is really old. Tables and chairs, exotic patterns Looks pretty and terrifying at the same time, but really can't help but why the bed has a picture of a person stuck Picture of a bed person like this How could it be considered otherwise? Unless the owner of the image will definitely get stuck, why not understand? Are you afraid of someone coming to compete? Are you afraid that someone will take you for granted? I doubt that person is me. Might have to sleep on the floor tonight 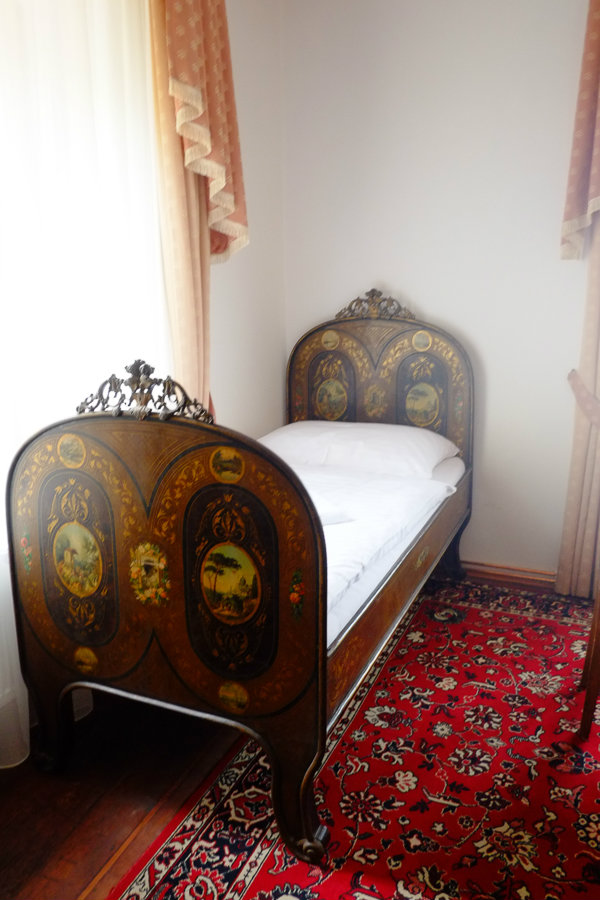 After surveying every second floor Arrived at the kitchen At the far end of the kitchen is a small door. Turned into a narrow, dark stairway. At the end of the stairs there was a large chair facing Is the way to the attic I turned my back and walked away, not thinking of going up. But like my heart is insisting Know that must be met But still curious Forced to walk up The iPhone in the hand is fully accelerated With the first step slowly 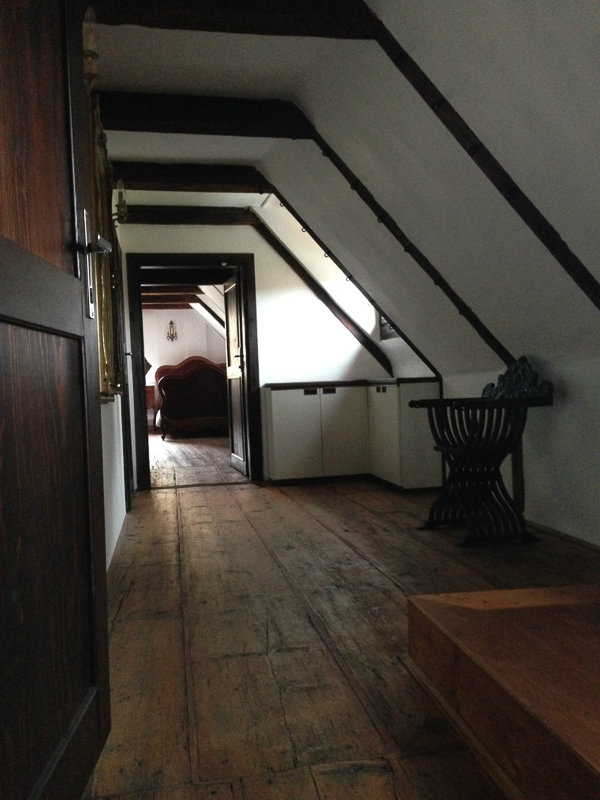 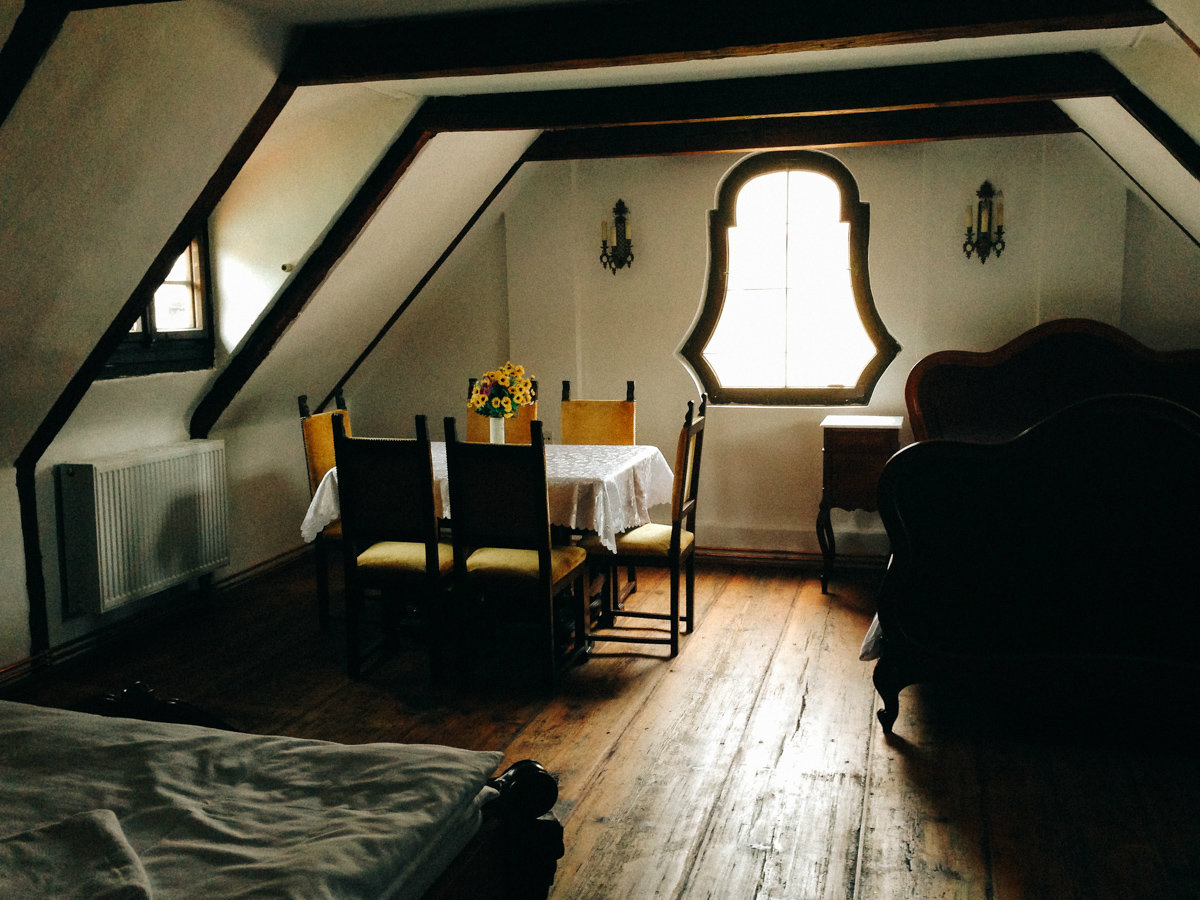 How can I feel uncomfortable under the roof? Hurry to open one room at a time and then hurry down before going down the stairs and turn the chair to the other direction. In case someone else is coming so won't be afraid Overall, this house can be used. Really beautiful, with a price of more than two thousand baht per night. Worth it. 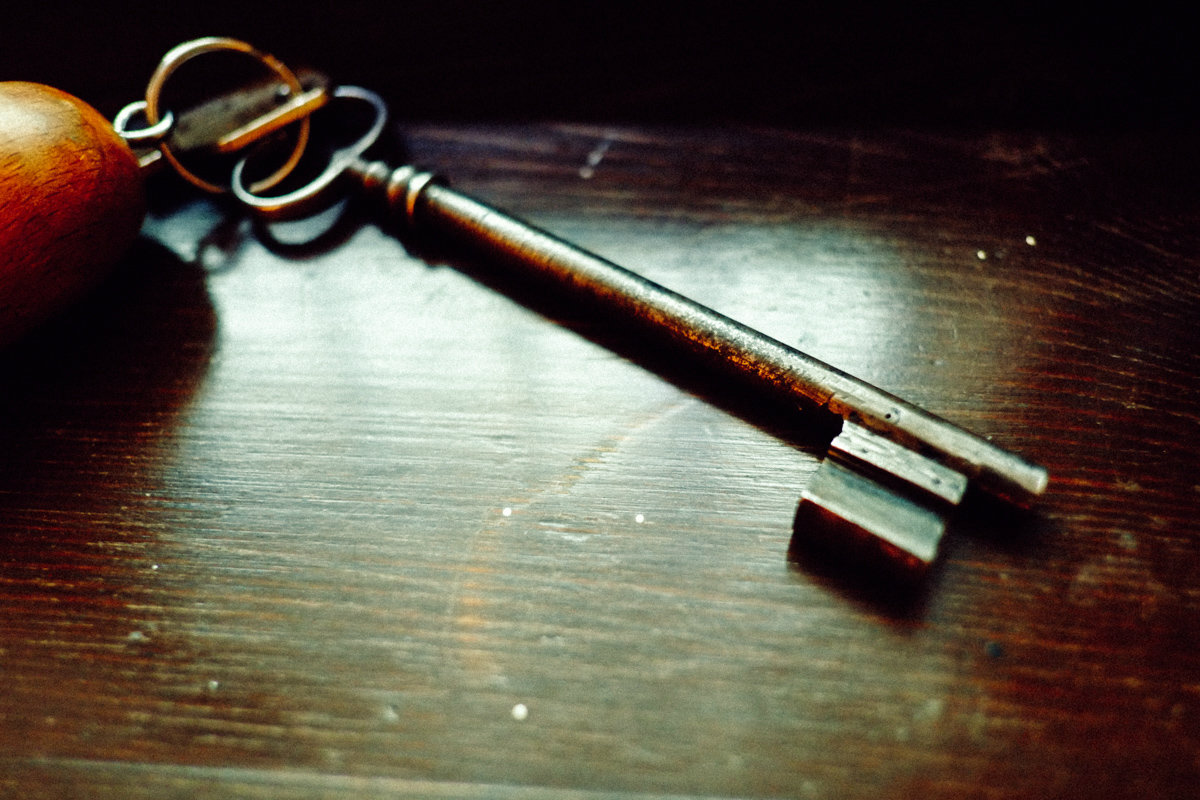 The bottom room is next to the exit. I think this room is the safest. Already arranged the way successfully Managed to lock the door and go for a walk The house keys were gigantic flowers. If missing, do not know where to go to do it back.
From the front of the house, we walked out to the entrance to the Krumlov castle. We gradually walked up the castle, drizzle that day. Not many people walked up high enough. Pregnant people are not tired. But the person carrying the camera is carrying that, carrying this for the pregnant As he walked into the castle during the first blocks Won't see any view