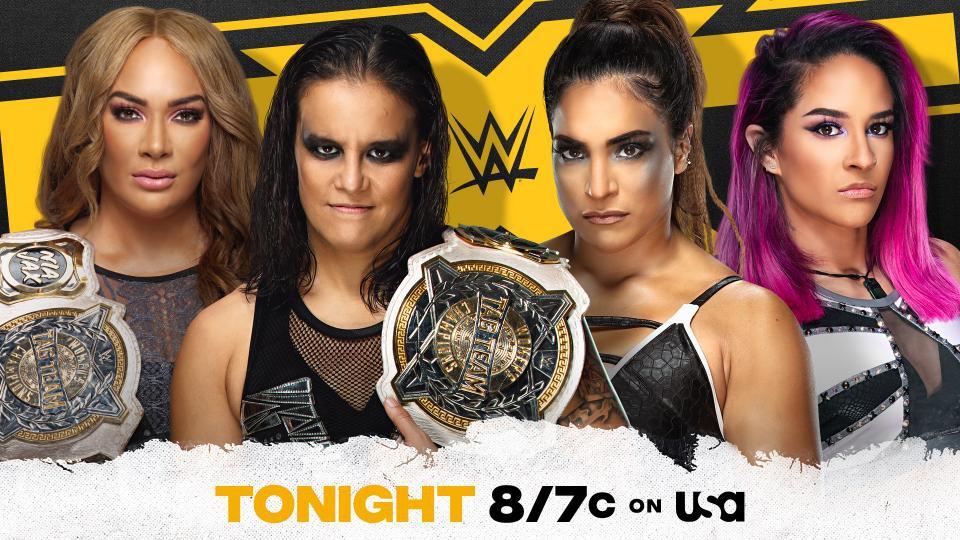 WWE NXT advertised the women’s Tag Team Championships on the line as Nia Jax and Shayna Baszler took on Dakota Kai and Raquel Gonzalez, Tommaso Ciampa and Timothy Thatcher vs. Oney Lorcan and Danny Burch and a live appearance from LA Knight.
Last week’s broadcast of WWE NXT was up with 734,000 viewers compared to 831,000 for AEW Dynamite.

Whenever people get around to watching this match after seeing Shaq’s debut, they’ll be treated to a very fun match.