Resham now in Pushtoo Films. What a pitty

Location:
Pakistan, Pakistan
Resham is now planning to work in pushtoo Films. What a pitty

this silky lass has to go to this extent to remain under the lime light. All members comment on this.Below is the news from Akhbar-e-Jahan.

Location:
Larnaca, Cyprus
WHat do u mean by that she has to go to this extent? For ur information Pushto Films are doing more business than Urdu and Punjabi Films since 2003. And she is getting paid more in Pushto films than she gets in Urdu or Punjabi movies. Lemme tell u something bro, shez signing the films for the money !!!! She recently bought a 3 and half crores bungalow in Lahore Defence. Now think

where is all that money coming from ? Saima also did one pushto film last year and it did good business. So let the artists do whatever they think is right. I have had a much closer look at their lifestyles and lemme tell u it aint cheap.
Good luck to all of them

Location:
Pakistan, Pakistan
You may be right bw but I think she should wait for the actual box office report of PPP and then she should go to that territory. If the PPP becomes a super flick, obviously she will once again be in demand. Besides, i don't think she has got that plump body which's the prerequisit of Pashtoo Films. What do you say bw?
Posted 20 Feb 2006
golimaro2 says
golimaro2

Location:
,
well in my view she shouldnt do pushto films at any cost she has been no 1 heoine of urdu cinema she should rather leave film industry instead of degrading herself

Yes golimaro2. That's what i am trying to say. She has degraded herself as much as she can in Punjabi films.
Posted 20 Feb 2006
sanam411 says
sanam411

Location:
Larnaca, Cyprus
I think there is nothing wrong if an actor/actress trys different language film industry if he/she feels that they can make it big over there. They know better than us. And we should support them rather than thinking negative before even the film releases. Maybe she does well in Pushto Film Industry. Its good for Lollywood as Pushto Films are part of Lollywood. It has nothing to do with success or failure of PPP. If all actors waited for their film's success or failure , then we would have like only 1 or 2 movies a year. Come on guys lets just wish her good luck

Location:
Larnaca, Cyprus
Sha cant speak pushto , but they do dubbing for her voice. Do u all know that there isnt a pushto heroine in Pushto Film Industry. They r all punjabis and all of them do dubbing in Pushto over their voices.
Posted 22 Feb 2006
Ahmedchaudry says
Ahmedchaudry

Location:
Pakistan, Pakistan
Then we all must wait when she will come as a herion with Asif Khan (Arbaz's dad) in Pushtoo films because he once shown his

desire to work with Resham

when he was asked with whom he has the anticipation to work if given a chance? And mind it, Asif Khan stills comes as a hero in Pushtoo Films. Fingers Crossed until then
Posted 22 Feb 2006
bravewarrior says
bravewarrior

Location:
Larnaca, Cyprus
Mr Ahmed Chaudry I would like to inform u that Asif Khan has no anticipation to work with Resham and Asif Khan no longer acts as a hero in Pushto Films. He is doing senior roles in Pushto Films . And Pushto Film Industry is not dumb to cast Resham as heroine and Asif Khan as her hero. Come on be realistic. The man has been in the Film Industry since 1969. Thats 37 years !! Me and U weren't even born back then. He has worked with more talented actresses in his career than Resham. I m sure he never desired to work with Resham as Hero. And I m pretty sure about it because I m his nephew. 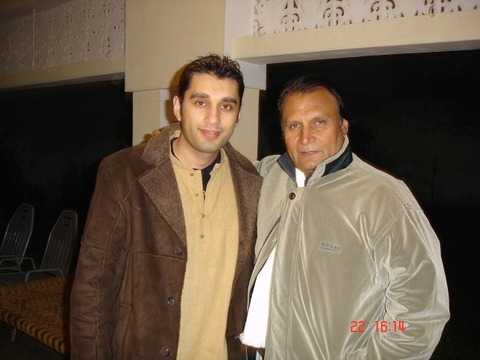 Location:
,
Pashto film industry is NOT dumb !!!! I agree with that but the reason why
everyone think of them in that way is because from a long time only "so
called" Pashtoons are making Pashto films they have no clue of Pastoon
culture nor they are 0.0001 % Pashtoon but they are pplz who will take
some dumb herions for dancing and then they make movies and just
because of these ppz everybody thinks that Pashto films are dumb. It
makes me

nothin wrong with pushto films......and i agree bravewarrior......pushto films are doing far more better then urdu punjabi films......let the lady do whatever she wants....right #1 actress...haha

ever seen a pushtoo movie