Location:
Pakistan, Pakistan
well after the incident recently happend at the premier or indian movie taj mahal which involved feroz khan and fakhar e alam,president musharaf take notcie of that and he himslef black listed feroz khan and he ordered the pakistani ambessay and other officials not to give pak visa to feroz khan in future so poor feroz wud never come to pak again.
Posted 22 May 2006
golimaro2 says
golimaro2

Location:
,
why would the prez get involved in this stupid matter. should have been just some statement in the press i guess. however its shameful that a supersuccessful indian muslim comes to pakistan and insults it on its own soil. nutthin gets worse than that. however i dont think it would make any difference to feroz khan . he d prolly be celebrating the news sippin champagne and partying out.
Posted 23 May 2006
charizmatic says
charizmatic

Location:
Pakistan, Pakistan
make correction dilbara pak is not his soil he belongs to india not to pakistan cuz atleast we dont produce such kinda so called celebrities.
Posted 24 May 2006
dilbara says
dilbara

Location:
,
i meant he insulted pakistan on pakistans soil. its shameful . i am an indian but embarrassed by the incident. however feroz khan has been known for his shenanigans for the last 40 years.whatever he did in pakistan is just an extension of his personality. this whole khan family is very influential, friends including people like sultan of brunei, PM of mauritius . amongst others. their parties are the wildest in bombay and everyone bends over on all fours to get in. and they are outspoken, almost cavalier about everything they say and consider themselves not answerable to anyone. that s how they are.in india they are loved for that but i guess it wnet too far in pakistan. however i m sure he meant whatever he said and it just came out more cause he was drunk. this khan family like other middle class and up muslims in india is secular to the core . here is a peek inside their family.
three brothers--feroz khan , sanjay khan, and akbar khan. feroz married a hindu , a top model of her times called sundari..have two kids fardeen and laila. fardeen married natasha, who has a hindu father and a muslim mother ..the godess of 60's mumtaaz. laila khan is married to a hindu named rajpal and lives in new delhi now. feroz henceforth divorced his wife and now has a girlfriend 25 years his junior. such is his charisma.
sanjay khan, an accomplished actor of his times and now runs one of the top television software company which made big budget tv series like the sword of tipu sultan and mahabharata, married a parsi beuty queen zarine and have a son zayed khan whos an actor and recently married a hindu girl and a daughter suzanne khan who is married to hindu heart throb hrithik roshan. akbar khan is a bachelor and known for his drinking and womnaizing ways. this family is very modern , outlandishly so and very proud of their mindset . they never converted their spouses and are very chilled out that way.
Ofcourse being celebrities one does get away with lot of things and feroz khan was a high flyin khan of his times like salman khan is now. so many times he got into trouble with the law but being the celebrity he is got away with it ..same like salman khan who was imprisioned for 5 years but waw released three days later and was watching the indo pak match in dubai and now is touring the us for his shows. everyone in india knows not to f**k around with this khan cause he volatile, very well loved, intelligent and very well connected. i m not condoning what he did . even though he might feel it , he shouldnt have said it. but trust me he wont lose any sleep over the prospects of not visiting pakistan again. he is in poland now directing his new blockbuster.
Posted 24 May 2006
bravewarrior says
bravewarrior

Location:
Larnaca, Cyprus
“I am the most compassionate man in the world,” said Feroz Khan in a television interview a couple of days after President Pervez Musharraf banned his entry into Pakistan for his alleged ‘Anti-Pakistan’ statements during the premier of Akbar Khan’s Taj Mahal in Lahore.

It was widely reported that Khan had misbehaved with Television anchor Faqr-e-Alam in an inebriated state. He also admitted saying that “India is a secular country where a Sikh Prime Minister and a Muslim President are the pride of the nation, unlike Pakistan which was created for Muslims but where Muslims are killing each other.” BJP General Secretary Mukhtar Abbas Naqvi lauded Feroz Khan for his dare-devilry inciting Akbar Khan who promised to sue the politician for causing a rift between the two nations by making provocative statements. It’s high time we deconstructed the man at the centre of this heated controversy and set the record straight.

He is known to relish the finer things of life. Wine, women and fast life have always been his pet passion but not necessarily in the same order. The lavish parties thrown by him were the talk of the town. And many of those parties provided succor for gossip mongers as the host often ended up getting involved in a scuffle with a few of his guests. The action hero in him always comes to the fore. His movies reek of the same lavishness, great music, delectable sensuousness and loads of Style. In spite of catching up in years, Feroz Khan hasn’t lost the touch of yore. He didn’t think twice before disparaging Amitabh Bachchan during an award show for not doing his Qurbani. Of course, he was drunk so no one took him seriously. But maybe, when he tried to be a saviour to Manisha Koirala’s “timidness” on being “hectored” by anchor Faqr-e-Alam, the host country rose up against him.

The studio audience applauded Feroz Khan for his brave stance when he defended himself by stating that he is a “Nationalist” but he didn’t wish to hurt any other country’s sentiments. “I got a lot of love from the people of Pakistan and I was never deported as was mentioned in some sections of the media,” he said showing his Passport as a proof. His faux-pas may have earned him the stature of a “National Hero” in the eyes of the hardliners in India but maybe they are unaware that Feroz Khan is said to have had close contacts with the underworld and allegedly he is the man who first introduced Sanjay Dutt to Dawood Ibrahim during a party in Dubai while filming Yalgaar.

It would be unfair to take away due credit from the Jaanbaz Khan. For as soon as the trial by media of his Pak visit was over, the audience was treated to some lovely Urdu poetry presented in a brilliant manner. It was made clear during his rare television interview that Feroz Khan is a gripping actor who ought to be performing more often before the movie camera rather than getting into awkward situations in the stark public glare. A great father, he has cast Fardeen Khan in the role essayed by himself in the remake of Qurbani while he himself is playing the role of the bumbling inspector immortalized by Amjad Khan.

Here’s hoping that henceforth he would concentrate mostly on his movies, drink only in private and resist from causing embarrassment to his near and dear ones when on the public platform.
Posted 25 May 2006
&#091;N.T.G&#093; says
&#091;N.T.G&#093; 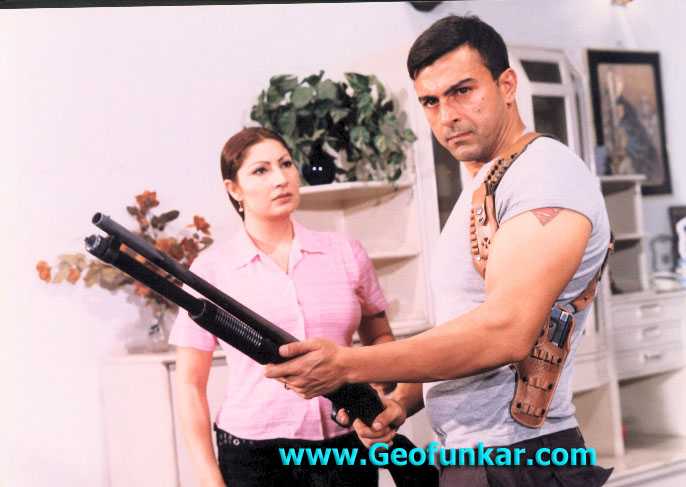