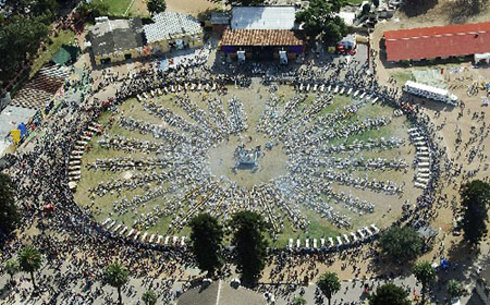 A meats association in Uruguay on Sunday hosted the world's biggest barbeque on a single grill totalling 1,500 meters in length, media reported.

As many as 1,252 volunteer cooks grilled 12 metric tonnes of beef and about 20,000 spectators cried with joy when a Guinness judge confirmed the barbecue record had been broken.

"I'm very proud to be Uruguayan. We have the best beef and now we have the world's biggest barbecue," said one of the cooks.

The organizer said the gargantuan cookout is held to promote the country's image as a major cattle producer.

"Uruguay is very small, it's not known for other events so we have to use these kinds of gimmicks so people find out where Uruguay is and what it has to offer," said Fernando Perez Abella, vice president of the National Meats Institute, or INAC in Spanish.
Posted 23 Jun 2008
Fairl_Girl says
Fairl_Girl 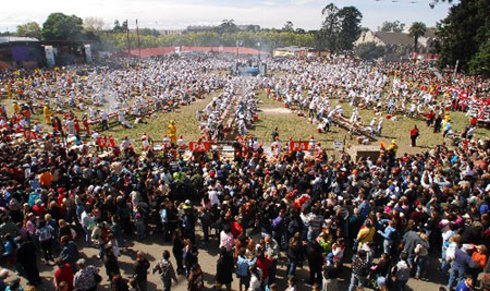 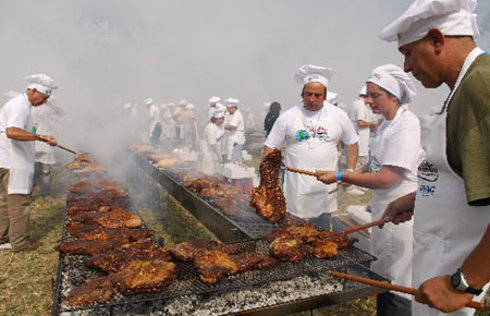 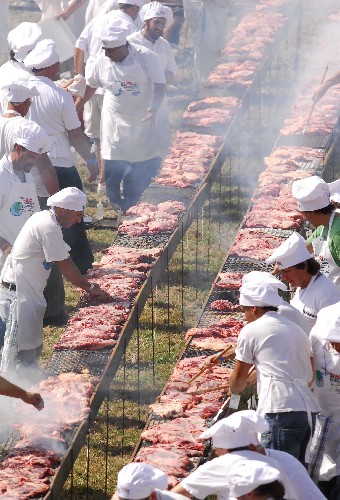 Location:
Pakistan, Pakistan
thxx to all of u

thxx to all of u