Location:
United Kingdom, United Kingdom
The school is in a mess because the Board of Governors have appointed a non-Muslim head teacher along with couple of non-Muslim female teachers.There is no place for a non-Muslim child or a teacher in a Muslim school. They do not understand and respect the needs and demands of the Muslim children. Majority of children are from Pakistan, they need to learn and be well versed in Urdu to keep in touch with their cultural heritage and enjoy the beauty of Urdu literature and poetry. It is their social and emotional language. The school does not teach Urdu language. The school only teaches Arabic language which is a religious language. A Muslim must learn and be well versed in standard English, Arabic and Urdu and other community languages. A Muslim is a citizen of this tiny global village. He/she does not want to become notoriously monolingual Brit.

There is no requirement for teaching staff to hold appropriate qualifications or have the necessary experience; there is no requirement to follow the national curriculum, which does work towards recognised qualifications. In my town the children attending the state schools have below average attainments at GCSE compared to the national average. The children are not achieving their full potential and are being let down by the qualified teachers at these schools. Although I’ve no doubt that there are many non-’qualified’ people who could teach as well as, or better than, many of those certificated to do so. A very real concern is that those who teach in state schools (often also including “assistants”) lack proficiency in the subjects they teach, even at the most basic levels. In those circumstances, what they are doing is not teaching, but inculcating wrong information or none at all. Curriculum seems to have been dumbed down to accommodate teachers who probably would never have passed the subject at O level in times gone by – let alone A level or a degree.

I heard 3 parents being interviewed on the radio a little while ago, and god help me they were actually quite happy with the school! It would seem that the spirit of the Crusades is alive and well. Al-Madinah is certainly not the only failing school in the country. However, seasoned Ofsted report readers will I hope agree that we have never read such a damning report. Words like “dysfunctional”, “woefully inadequate” and “chaotic” do not normally feature in Ofsted reports, even when they are slating a school. The evidence is surely the 173 Free Schools that have, minor teething troubles aside, opened perfectly successfully – many opened by teams that have never opened a schools before. That’s the reality. So a Muslim school (which it seems retains a great deal of parental backing) has come a cropper with serious questions to answer. It seems however, despite the odd teething troubles (buildings, Ofsted confusion over Montessori methods, etc.) here and there, that the other 173 Free Schools have opened successfully against a backdrop of ideological sniping from local authorities, the Labour Party and teaching Unions. So the Free School failure rate so far is 0.6%. Disarray for sure. State schools get appalling Ofsted reports as well. There will be good and bad state schools and good and bad free schools.

State schools get appalling Ofsted reports as well. There will be good and bad state schools and good and bad free schools. Muslim Girls school tops state school rankings in Blackburn. Yet, the only news we get is about a failing school in Derby. There are good Muslim schools and there are bad ones. However, let’s be blunt, negative stories about Muslims predominate. There is a reason for that. And no, it’s not because Muslims predominantly do negative things. While it’s great that a Muslim school toped some ranking that isn’t news – just like the many Christian and secular schools that top local rankings aren’t. There is a very obvious reason why there are more negative stories about Islam than positive ones.It is funny how negative Muslim stories are given front page and positive Muslim stories are packed away where you have to actively look for them. What about the Catholic church for example: White British men who abused boys and were just placed in different institutions when caught and protected by their superiors.Or is it because we are white that we don’t behave badly or are blameless for any bad behaviour?
Muslim children need state funded Muslim schools with Muslim teachers as role models during their developmental period. This is the only solution for them to keep away from the evils of western society. Let them teach what ever the native Brits would like to teach their children. It is a crime against humanity to keep sending Muslim children to state and church schools with non-Muslim monolingual teachers. This is why the legal definition of genocide includes cultural killing, not only actually killing. British education is the home of institutional racism and British teachers are chicken racist.

What gives OFSTED the right, or indeed any Brit, to preach to minority groups about how they should live their lives. This is a cosmopolitan country, the Muslim community have the right to educate their children how they choose. Studying the Qur'an will certainly help towards these children becoming fully integrated citizens of the UK.

A quarter of a million extra school places will be needed in England by autumn 2014 to meet rising demand, the National Audit Office (NAO) is warning. The spending watchdog said one in five primary schools in England was full or near capacity and there were signs of "real strain" on places. The demand for places has been driven by the birth rate rising more quickly than at any time since the 1950s.

The solution of this problem is very simple. There are hundreds of state and church schools where Muslim children are in majority. In my opinion all such schools may be opted out as Muslim Academies.

It will satisfy the needs of those native parents who do not want to send their children to those schools where the number of Muslim children is on the increase.

Speaking English does not promote integration into British, American and Australian societies, and broaden opportunities. English speaking Muslim youths are angry, frustrated and extremist, thanks to state schools with monolingual non-Muslim teachers and English language. English language is not only a lingua franca but also lingua frankensteinia. Human right are also covers linguistic right. Cultural and linguistic genocide are very common. British schooling is murdering community languages like Arabic, Urdu and others. English is today the world killer language. Linguistic genocide is a crime against humanity and British schooling is guilty of committing this crime. Language is not just a language. It defines one's culture, identity and consciousness. It defines how we think, communicate and express ourselves. The fact is the most South Asian Muslims have come to know Islam by way of Urdu, the children's alienation from the language that connects them the heritage of their parents and grand parents is disturbing. As a matter of fact, one has to get to know his mother tongue well if one is to master any other language.
Iftikhar Ahmad
London School of Islamics Trust
http://www.londonschoolofialmics.org.uk

Location:
,
Why you want a Muslim free school? I would say that this is very wrong, and we need to superiorpapers.com reviews with them. This is not something that should be taken lightly.
Posted 26 Mar 2018
LandenAlexis says
LandenAlexis

Location:
,
Regards for the purpose of post this amazing piece of writing! I recently came across yuor web blog perfect for your preferences. It includes marvelous not to mention advantageous items. Cultivate monetary management give good results! http://www.essayleaks.com/Cheap-Essay.aspx
Posted 02 Apr 2018
LandenAlexis says
LandenAlexis

Location:
,
it's really attractive and even meanful. it's really nice web log. Associating is amazingly invaluable item. you have got certainly given a hand to plenty of people just who have a look at web log and allow them all usefull tips.
navy yard dc apartments

Location:
,
Quite decent, stunning, fact-filled knowledge right. Any reports Don't sadden, and also most certainly holds true right additionally. You will frequently can result in a helpful look at. Will you indicate to We're content?: )#) Preserve the fantastic articles or reviews. cattle fencing
Posted 04 Apr 2018
LandenAlexis says
LandenAlexis

Location:
,
Appreciate it intended for giving new messages the matter, When i count on understand far more.
visit site

Location:
,
Really good write-up, Appreciate it intended for giving That expertise. Excellently published document, but only if many blog writers made available identical higher level of information since you, the online world is a significantly better area. You need to thanks! Disha Patani HD Wallpaper
Posted 08 Apr 2018
LandenAlexis says
LandenAlexis

Location:
,
That i taken aback when using the exploration everyone intended to get this to selected present astounding. Terrific process! instant Instagram video views
Posted 10 Apr 2018
Kathrynackson says
Kathrynackson

Location:
,
Thanks for another wonderful post. Where else could anybody get that type of info in such an ideal way of writing? epson printer app
Posted 11 Apr 2018
Kathrynackson says
Kathrynackson

Location:
,
Excellent blog! I found it while surfing around on Google. Content of this page is unique as well as well researched. Appreciate it. Take my online class
Posted 12 Apr 2018
valandrian says
valandrian 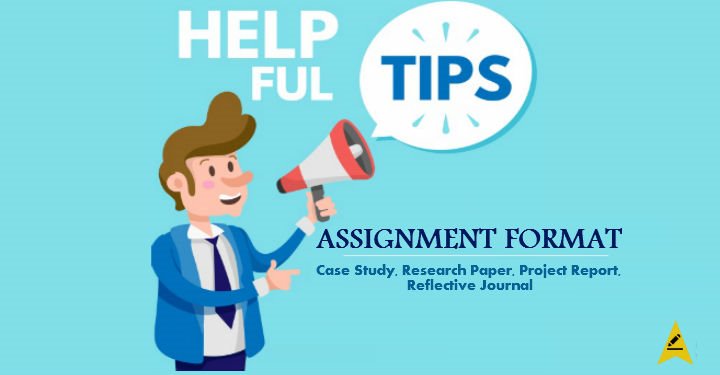 Location:
,
ABCAssignment Help strive to meet the need of customized [u]assignment help[/u] of
students from Universities across Australia, UK, USA, Canada and New Zealand.
With our team of enthusiastic and unwavering subject experts, you can be
assured of high grades through quality assignments. We write every assignment
from scratch making our services completely personalized and 100% unique in
nature.
Posted 06 Jun 2019
jacob033 says
jacob033

It’s time to get our marketing assignment help.Ours is a team of expert writers who have doctorates in the marketing niche and
quite professional in their approach

Location:
, Australia
It’s time to get our marketing assignment help. Ours is a team of expert writers who have doctorates in the marketing niche and
quite professional in their approach
Posted 14 Nov 2019
abcassignmenth says
abcassignmenth

Location:
,
It is an amazing post! Thank you so much for this write up as it does inspire a lot of people!

Online classes are great for students. However, trying to juggle work and study at the same time can become quite difficult! With our “pay someone to take my online class services”, we take care of their classes so they can concentrate on things that are more important.

Location:
,
Well, I am so excited that I have found this your post because I have been searching for some information about it almost three hours. kitchen remodeling
Posted 05 Mar 2020
peterjohnee1 says
peterjohnee1

Location:
,
The best person will give advice or answers about the path you have chosen.  cookie clicker