Location:
Pakistan, Pakistan
Mahesh Bhatt is in Karachi for the next seven days. And he just can't believe his good fortune. "While I was making it," says the irrepressible filmmaker, "of all my films, I never imagined 'Zakhm' would be shown in Pakistan."

"The Karachi film festival is organised by young, committed Pakistani filmmakers who are interested in merging cultures and storytelling," says Bhatt. "Zakhm is being screened on December 16." But that's not the only thing that's going to keep him busy. 'Paap', daughter Pooja's directorial debut will open in a Karachi cinema on December 20. "This is the first time a Hindi film will be shown in Pakistan," he said.

Reportedly Bhatt has also been promised a meeting with President Musharraf. "It's a meeting that will hopefully open the doors for shooting my proposed Indo-Pak co-production," says Bhatt. "Anyway, President Musharraf has been talking of peace and ceasefire, so why not have cultural bridge between the two countries? I believe that if the Berlin Wall can fall and Nelson Mandela can triumph without the use of force, it's only a matter of time before the two countries find a common bonding." Bhatt's proposed film is a love story set during the Partition. "There is an abundance of talent in Pakistan," he says.

"Last week I heard Junoon in Mumbai. They are far more talented than some of our music directors. It's an industry that's been protected far too long. Maybe there is a lot it can offer. After all, while Bollywood is legally banned, it's our DVDs that are widely sold in Pakistan," he said. 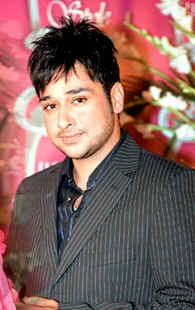 Location:
,
wat, u sayin hes wrong ins ayin there is alot of talent in pak?

Location:
,
mr.death iman is a girl
can't you know by her name IMAN