KYUN TUM SAY ITNA PYAR HAI " will be the biggest Success in the history of Pakistani cinema. With   " KYUN TUM SAY ITNA PYAR HAI " there seems to be quite a huge drift from traditional film making in Pakistan. The makers of this movie are professional people who have made their mark from their previous project " KHOAYE HO TUM KAHAN " in the film industry both within Pakistan and abroad. This film is Directed by Ajab gul who has a long affiliation with TV, Stage & Film industry in Pakistan.

This film has been shot locally at never-shot-before-locations in the northern areas of Pakistan and also in Mauritius, the Magic Island Of Indian Ocean. The technical aspect of this film is also very different from previous Lollywood movies. The music of this film is outstanding and some Indian singers have sung for this movie. The development and processing of this film is being carried out in England & Bangkok .

We hope to be honored by an overwhelming response and wait for a new era of film making in Pakistan .
" KYUN TUM SAY ITNA PYAR HAI " 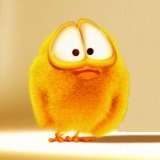 Location:
Netherlands, Netherlands
its gonna be superhit on first day

Location:
,
u'll have to wait

u'll have to wait

Location:
,
dont get sad buddy it may not b that much good that we r expecting

Location:
,
as far as publicity concerned ajab gul has left no stone unturned

he is ajab gulllllll..not sangeeta

...you will see it will awesome

Location:
United States, United States
Ajub gul also made a movie a 2-3 years back.
It was sort of art movie and was released in UK
Do u hav any idea abt that one
Posted 28 Apr 2005
charizmatic says
charizmatic

Location:
Pakistan, Pakistan
well srk is right after all its an ajab gul film thats why every one is excited and yes there is no doubt abt that the publicity has been done professionally i have seen plenty of huge posters of the movie on different roads of karachi any how im gonna watch its first or 2nd show most probably although i havent booked my tickets yet

Ajub gul also made a movie a 2-3 years back.
It was sort of art movie and was released in UK
Do u hav any idea abt that one

khoye ho tum kahan...it was shown on prime tv...you missed it,,,2 years ago i think

Ajub gul also made a movie a 2-3 years back.
It was sort of art movie and was released in UK
Do u hav any idea abt that one

khoye ho tum kahan...it was shown on prime tv...you missed it,,,2 years ago i think

I don't hav prime tv here

Location:
Netherlands, Netherlands
its another version of american movie "perfect muder" but it was good

Kyun Tumse Itna Pyaar Hai is a copy too

okkkkkkkkk if film is a blockbuster ill b the one who will the moooooooooost happy person.if u watch first or second show post your review same day.ill b waiting 4 it

yaar songs are too good..

Location:
United Kingdom, United Kingdom
sana got a six pack and wat kinda costume is she wearing in the film its so un realistic she looks like wh''r? in that seen no offence though just the costume am talkin about buit the song is nice mujhe isq huwa re lalall the end!
Posted 29 Apr 2005
charizmatic says
charizmatic