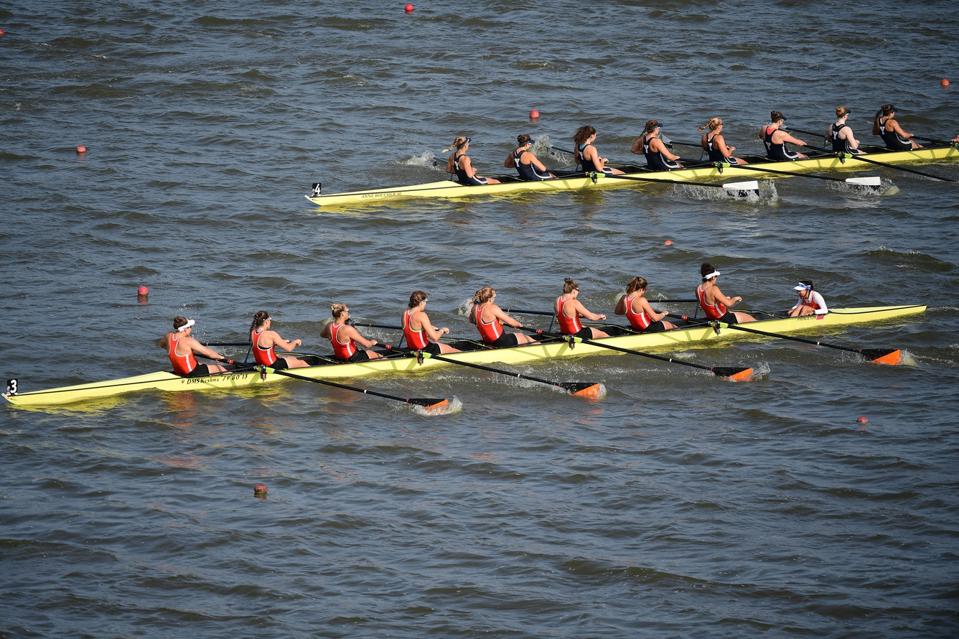 College sports play a crucial role in the pipeline of developing Olympic athletes. Neither side can afford to lose the other as the massive deficits from Covid-19 mount.

A new committee formed to find ways to sustain Division I college non-revenue sports has great intentions, but may be missing the mark. Trying to save sports like rowing, tennis, sailing and golf might be looking in the rear view mirror. Contrary to the days when college athletes and college campuses were primarily white and wealthy, college athletic leaders may need to consider a second strategy — a very “urban” strategy in attracting a more diverse group.

The demographic shifts occurring on campus over the next decade will see many more college-bound families who are diverse, first-generation and not so wealthy. These athletes may have more familiarity with different, edgy sports like breakdancing, sport climbing, parkour, wushu and skateboarding.

Trying to save money, Division I athletic directors are turning to the United States Olympic Committee and the sport National Governing Bodies to share costs for promotions and event management for some current Olympic sports.

The USOPC College Sports Sustainability Think Tank announced this week they are actively soliciting input on how to strengthen the pipeline of some Olympic sports. A who’s who of high profile athletics directors comprise the working group seeking ideas as to how to preserve and pay for the pipeline.

“Despite the United States having a smaller population than countries like China and Russia, we're able to win medals because American colleges and universities at the Division I level spend over $5 billion annually on Olympic sports alone,” said Florida AD co-chair Scott Stricklin. “We have a model where our government doesn't fund Team USA, our colleges and universities and private support are the ones helping train these athletes at the varsity level.”

But should Division I colleges fight to save their current portfolio of long standing Olympic sports? Or, like the IOC, begin to embrace an entirely new slate of sports, potentially attracting a more diverse population of incoming students, future Olympic athletes and TV eyeballs? Perhaps that should be a part of the discussion.

As the host city, Paris had the opportunity to “fine tune” the 2024 sports portfolio, so they chose to include more individual sports for two reasons. First, the IOC embraced adding these sports because they trend towards a younger demographic (in both participation and for social media), key for inspiring new audiences. When asked why, the answer was simple— Generation Z . Gen Z (generally under 20) demonstrates interest in sports they can participate in and share on social media—individual sports.

Secondly, hosting an Olympic Games takes up a massive amount of space, both in the Olympic Village and the entire footprint of the competition complex. Reflecting that, Paris is adding new “urban sports.” The IOC notes “the 10,500-athlete quota set for Paris 2024, including new sports, will lead to an overall reduction in the number of athletes – 592 fewer compared to Tokyo 2020 (11,092). It will also lead to a reduction in the number of officials, and therefore in the overall size and complexity of the Games. The reduction across the 28 sports has been proportionate and focused on those sports that can best absorb the reduction, whilst maintaining the universality of the Games.”