Story: Amna is a very rich girl...as his father ( talat hussain) wants to marry her with a rich boy...while talat's mother is very different to his son..she says guy would be handsome and caring...talat's son ran away with a beautifull girl..she wasnt even a rich girl..talat doesnt want to let happen with amna haq..Humayun saeed is a poor guy...his father and mother died in a accident,,,his friend ( ismail tara ) has brought him home...one day while joging humayun sees Amna haq...he sees her...he falls in love with her,,,,ismail tara says you have to be rich and modern to marry her,,,humayun thinks how can i be rich and modern...Ismail tara goes to their home..he listens that Talat hussian's friends son is coming from usa to pak ( Ahmed Butt)..talat hussain sees him after 12 years....talat wants to marry her daughter with ( ahmed)...ahmed and amna haq spend their school time together,,,so ismail tara tells humayun saeed...that ( ahmed) is coming...humayun has got an idea in his mind,,,,when ahmed arrives at airport...Humayun saeed put a gun in his bag...Ahmed got arrested..Humayun replaces him....humayun saeed goes to amna..there goes they love stories...suddenly comes ahmed butt's father..so then he says to talat hussain//where is my son...talat hussain confused..whats he talking abt...ahmed's butt shows foto of ahmed...humayun saeed gets trouble...ahmed butt says to talat hussain..i didnt want to hurt you ppl...i had did everything just for her...he tells that ahmed is in jail...amna haq hart has broken coz of humayun's lie...then talat wants to marry her daughter with ahmed very soon...humayun saeed plans to go to new zealand..he wanted to start buisness...he says to ismail...if i stay here..her memories will kill me..its better that i should leave...other side wedding of amna haq with ahmed...ismail tara calls amna haq's mob..suddenly pics ahmed up...ismail tara saya go and stop him he loves you very much..so much that could never loves you...ahmed goes direct to airport...so he sees humayun...humayun saeed congrats him...ahmed said "No...i know i cant make her...coz i m not the right man for her...other side...well amna is thinking of humayun saeed...she doesnt even know the man who is sitting with her is humayun saeed...when she looks to her...humayun saeed winks...brings smile on her face...their paresnts were agree...coz ahmed told them the story....then they live happier

Location:
lahore, Pakistan
theres already a thread about this

Location:
Netherlands, Netherlands
for those who has problem with their eyes
Posted 07 Jan 2005
Sweet Sara says
Sweet Sara 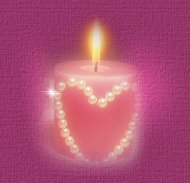 Location:
United States, United States
i figured out the story. I read the same story in khawateen digest couple of months ago

Ali Zafar is a medical student stuying in the USA. His family also lives in the USA. Him and his family plan to go to Pakistan for his uncle's big wedding. So Ali takes of 2 weeks from his college in USA. The whole family is very excited to come to Sargohda(my hometown

, Pakistan. So they come to Pakistan on PIA airlines. First the whole family stays in PC Lahore and then from Daweoo bus they go to Sarghoda. So they arrive to Sarghoda, where all their close families live and they have a very fun time.
Meanwhile, there is a young, beautiful, but poor/pindu type of girl who works in there house as a noukarani named Iman...

Location:
United States, United States
how did u like my movie so far?
Posted 13 Jan 2005
shaby says
shaby

Ali's popho(dad's sister) who also came to Sarghoda from Faislabad, brought Iman with her to help my grandma and maintain the house while the shaadi goes on. Iman is from a ghown(village) far away, somewhere near Faisalabad. She has been working in Ali's Popho's house for about 6 months.
So, Ali has a good time with his cuzins, who are also his age. At first, Ali doesn't really notice Iman at all. Although Iman keeps looking at Ali, like she's attracted to him. Then Ali notices Iman looking at him all the time. He kind of gets annoyed of it, but doesn't really tell her. For example, whenever in the morning Ali is eating breakfast, he notices Iman is looking at him while she is washing the dishes. Ali looks back at her, and she shyingly turns away

. She never really talks that much.
So while Ali and his cuzins talk around, Iman is about to serve some roti to all the bunch of guys and she accidently drops the plate and it breaks. Two of Ali's cuzins get reallyy angry at her and yell at her. Iman cleans it up and turns away, feeling bad. Then she hears Ali explaining to his cuzins not to yell like that to a girl. Iman feels good about that

.
Many days go by and every day is sort of the same. Ali and his cuzins have a fun time together with their families. When Ali goes upstairs to his room and then comes down, he sees Iman coming up. She has her duppata on and gets a quick glimpse of him while she passes him throught the stairs. This happens for many days.

Iman sleeps in the upper level of the house on a charpai. Like sort of in the side halway, where the sink is.

For almost every morning Ali wakes up, he goes near that sink to fresh up and brush and sees Iman washing the clothes near the sink. He asks her in a nice way, "Main brush karloon?" and shes moves out of the way and says "Hanji, kar lo". No one in the house is as nice to her as Ali is. She is also surprised by that. He doesnt really treat her like a servant, he treats her in respect.

.
One day in the morning, Ali is drinking chai(tee) that Iman made for everyone. Everyone is upstairs. Ali is quiet drinking the chai. And now Iman is done cleaning everything. So she sits in the charpaee right next to him...

Location:
Pakistan, Pakistan
blasta man its sounds gud but your story is more suited for a drama serial beleive me

Ali is sort of surprised and thinks in his mind how she just sat right next to him. Iman says nothing and just stares on the ground. Ali is also quiet, drinking his tea. He is shy with girls. Iman waits for him to talk, but he doesnt. Ali also thinks in his mind that Iman will say something, but she doesn't.

. Then, they slowly look at each other, eye by eye. Iman's beautiful eyes tell that she might be in love with him. Ali also realizes how beautiful she is. Then suddenly Ali's popho enters and Iman quickly goes away. His popho asks him what she was doing here and Ali says he doesnt really know.
Finally the night of the Mehndi comes. All of Ali Zafar's family and relatives are at the house. There is music and dholki going on. Ali dresses up and puts on his really nice black kurta on. He goes to the mirror near the sink and sets his hair. Then enters in Iman who was also looking BEAUTIFUL. She had new clothes on that Ali's grandma gifted her. Ali looked at her and she smiled and shyingly turned away

. Ali also smiled and then continued to set his hair. So rest of the Mehndi was very fun, Ali and his cuzins and uncles danced and Ali's girl cuzins also danced in a seperate room after that. While Ali and his cuzins where eating, Ali kept looking at the beautiful servant, who was holding his little baby cuzin. Finally, the mehndi was over and Ali went to sleep. That night, he had a dream with Iman in it. He wondered why she came in his dream.

The next morning, he told his cuzins about his dream and they said that you have fallen in love. They were surprised why he would like a servant. One of his cuzins laughed but the other understood love.
It was now the day of the Shaadi and Iman also looked gorgeous that day. She didn't even look like a nokarani. Since the shaadi was outside in a big field/garden(bagh), many poor beggers sneaked in. Ali's cuzins hit them and yelled at them to leave. After a few minutes, more and more beggers came in. Iman, who was sitting in table with 2 other noukaranis, was watching Ali's cuzins kickin the beggers out. Then Ali jumped in and gave money to all the beggers nicely. He also told his cuzins never to hit them again. Iman watched all of this and was veryyy happy, since she was poor herself.
The next night was the Valima. Again, Iman was also good looking that day. when the valima was over, everyone got together to watch a movie at night. Since Ali's cuzins knew he liked Iman, they were in a mood to bother and tease him today. First Ali sat right near the Tv, near to where Iman was sitting. He noticed her really interested in television and the movie. But then Ali's cuzins caught him looking at her and started to tease him. They were like, "Iman, Ali kehra hai ke pani ka glass do". Ali then sat all the way in the back, near where his grandma was sitting. He didnt even pay attention to the movie. All he was looking at was the stunning noukarani and her closly watching the movie. Then his grandma told Iman to bring her a glass of water. Ali didn't want Iman to get up because he liked the way she was interested in TV. Ali then quickly said, "dadiami, mein laiaata hoon". Iman was surprised at that. So that night, Ali felt really close to Iman and that night was veryy fun for him.

The next day, Ali and his family had to go to Karachi for 2 days because their 2 of their uncles lived there. Iman found out and looked as she was about to feel lonely. So everyone of his family member left and Ali was the last one to go. Quickly, he looked back at Iman and "KhudaFiz!" with a smile on his face and left...

Location:
,
hoon its good but a little bit drags good for drama

Location:
United States, United States
hey blasta
i am telling u, its a great.. story...
looking forward for the next episode...

Location:
United States, United States
hey srk
what happened to the next part of ur story..

Location:
United States, United States
okay, i will continue on in 2 days after my exams are finished!

Iman smiled and shyingly turned away

, but didn't say khudafiz back, but it seemed like she said it quietly. So Ali Zafar left to Karachi and Iman seemed really bored over those 2 days.
So finally, Ali came back and Iman was very excited to see him again. So was he. But they still never talked to each other.("Ankhon wali batain".)So the same thing went on like always..Ali and Iman just looking at each other.
--There were only 4 more days left before Ali and his family had to go back to America--
Ali zafar had a little cuzin, Momin, who was very "sharati". He was 11 years old. The next day at night, everyone was together in the middle of the house("sehain") and were eating dinner. Iman was also all the way on the side, eating biryani. Suddenly Momin came in and told Iman that Ali said salaam to you!
Ali's popho, who was right near, heard that....